Some people have asked me for a conclusion, a proper ending, a goodbye of sorts to my many posts about my adventures abroad. For a long time, literally one year to the day, I had little idea as to what to write. Fortunately, that has changed and instead of Sorkin-esque prose, I think I will retreat to a more matter of fact presentation of experiences and general thoughts.

My original rationale for studying abroad stemmed from my career choice. I harbor ambitions to join the Foreign Service and as it requires extensive time abroad, I naturally wanted to see how well equipped I was and how well I could cope. While I had thoroughly enjoyed my time in Paris and London, I knew that those plush locales were few and far between. Therefore, I wanted to test my skills in a country that was well off the beaten path.

My first search was not confined by continent but by status of developing or developed country. I decided to stick within the SUNY system for convenience and its costs are among the lowest of any study abroad program. India and Vietnam made the list only to be kicked off due to program limitations. Singapore was too developed. Then, I read an article in Foreign Affairs about Chinese foreign aid in Africa. The topic quickly became the focus of my honors thesis. Interning at SUNY/Center for International Development (CID) which has several programs in Africa also pushed my interest towards the “dark continent,” as CID sparked my interest in development and democracy in the region. As SUNY has only a handful of programs in Africa, I was able to narrow it down to Egypt, Ghana, Kenya, Morocco and South Africa. Much to my dismay, Kenya was off-limits thanks to the Department of State. Egypt fell off the list next due to high costs and the fact that the university was recently relocated to the middle of nowhere. Deciding against Egypt in the spring of 2011 turned out to be good luck. I decided against Morocco and South Africa for reasons similar to Singapore. I was also looking to escape what was shaped up to be a brutal winter. Ghana it twas!

First and foremost, despite being locked away and ill, and possibly other complaints, I did on a whole enjoy my time there. I would almost certainly go back and may have the opportunity to next summer through Syracuse. I more than satisfied my rationale for going abroad. Granted, conditions in Accra were quite luxurious compared to less developed countries including neighboring Abuja, Nigeria, nearby Togo and Benin. While I did mingle with Ghanaians, I have but one Ghanaian Facebook friend and no long term friends. I found myself hanging out with my fellow obruni’s more than the obibini’s, which is not uncommon but something I wished I had been more aware of at the time.

A note on those obruni’s, it takes a special sort of person to want to study in a developing country and I was nothing but impressed by my colleagues from America, Australia, Sweden, California and elsewhere.

Below are a few laments:
A few things I am particularly glad I did:

Ghana would not leave my system easily either. My journey home began with a dilapidated cab ride to the airport at 6p Thursday and ended in the wee hours of Saturday morning. While Amsterdam was great, I fell terribly ill from a bad case of jet lag at of course my favorite Indian restaurant, long before food would arrive. I literally could not stop shaking despite putting the heat on full blast, literally unable to adjust to the climate of May in western New York. I collapsed on my way to the bathroom, deja vue, of another episode. While Lockport hospital was better equipped, getting care was an equally slow and difficult process. I discovered I was a bit malnourished, having lost almost twenty pounds.

Studying abroad has been a perfect resource to draw upon in terms of justifying myself as a serious student of international relations. I applied the experience my internships, my graduate school and endless tales to people I barely know. It was the best of times, the worst of times and I would absolutely do it all again. 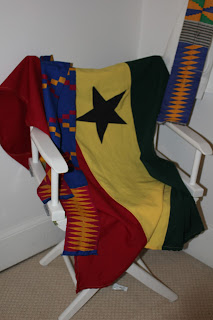 Posted by Zack Rules at 6:17 PM No comments:

If you would like to be in touch, shoot me a message at
ZacharyDesJardins@Gmail.com
http://www.linkedin.com/in/zacharydesjardins